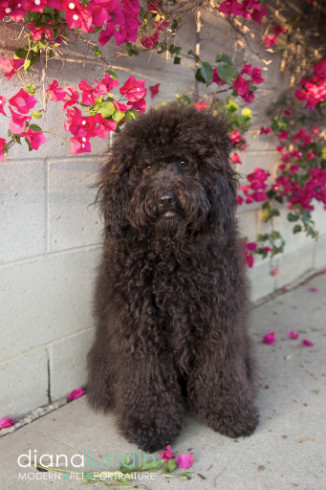 Now, if any of you are a certain age, you'll know the title of this post references "Black Dog" by Led Zeppelin. I'm not sure that's quite the attention getter that I thought it would be but oh, well. Anyway, the last three dogs I photographed were black dogs. If you're an owner of a black dog or cat, I'm sure you know that it poses challenges. And for the record, I grew up with black dogs and have "owned" (can one lifeform really own another?) four black cats and a tuxedo. We favor black around here.

Light just gets sucked up into the vortex of black fur and becomes a blob, amirite? Or it just turns out gray, not black.

First of all, the light meter in your camera wants the most important part of your image to be 18 percent gray. That's how in-camera light meters work. That's why if you photograph snow, instead of the white you see with your eyes, the camera sees the snow as gray. White snow=gray the same way black fur=gray. You need to use that exposure compensation thingie on your camera to get the right exposure. Give it more exposure for white, less for black. You'll have to experiment a little to get it right.

Secondly, light really does disappear into black fur. Sometimes the camera just thinks your pet is a shadow and is willing to let it go completely black, which is what we call blocking the shadows. What makes the fur stand out a little more is directional light and by that I mean, the light should come in from the side to give texture. OK, here's where you might consider adding extra light and you can do that with a reflector, which is pretty cheap and easy to use (especially if someone else holds it while you shoot). Let's say the sun is coming in from the side (and remember, if you're outside, shoot the hour after sunrise or the hour before sunset for the easiest, prettiest light to wrangle). If you get a 5-in-1 reflector, don't use the gold side, use either silver or white. You want to put your reflector on the opposite side of where the sun is hitting the dog's coat. It kicks back in a little light but not an overwhelming amount, just enough to keep everything from getting completely -- say it with me -- blocked up.

You also want some light hitting the dogs eyes which both the sun and reflector can add. You want those catchlights. It makes the animal look alive.

And of course you are not limited to shooting outside, just make sure you have plenty of light to capture your black animal. Window light is great. You can get lots of detail and catchlights using your window as a light source.

Don't be afraid to play with the areas of dark and light. You can get a lot of detail with your pet silhouetted.

So finally, you see your image on a computer and what!? The fur is blue like Superman's black hair. Don't worry, just take your white balance to the more yellow side (warmer rather than cooler) and you'll get your pet's black coat restored. Be careful, you don't want to go to an extreme and end up with yellow fur. 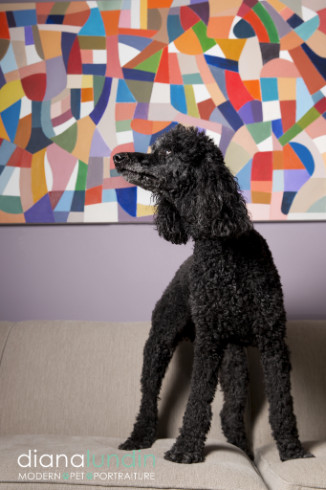 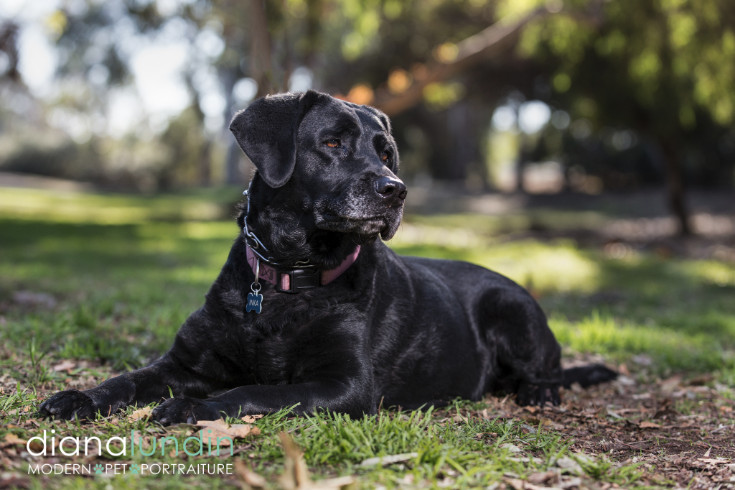 Apps That Get Your (Dog's) Attention