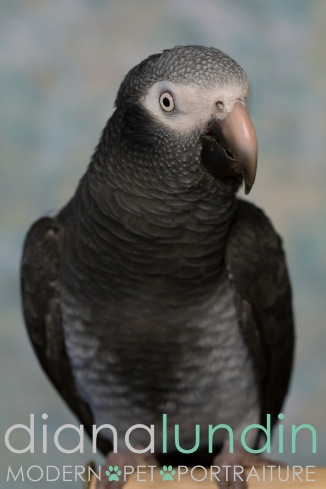 Dogs, we see a lot of them. More than 90 percent of our photography subjects are pooches. Felines? Mmm, probably less than 10 percent are cats. But birds? They are so very rare. A rare bird. I would say less than 1 percent of my pet photography business is of the avian variety. Sure, there was a chicken once... Miss Blanche, the Chinese silkie who was discovered to be Mr. Blanche. The cockatiel... and now Cedric, the African Grey parrot.

Minutes after meeting Cedric, I thought for sure the fire alarm went off. No, it was just Cedric. I don't know if you've heard an African Grey parrot but you know they're there.

But Cedric was a charming poser. 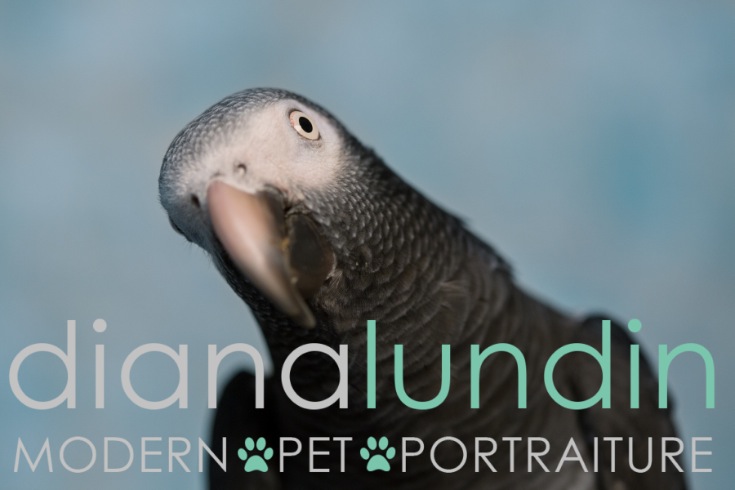 I was afraid to use my strobe lights on him, having little experience with birds. I didn't want to frighten him. So I used one of the constant lights I use for video and, though, big and bright, he wasn't afraid of it.

Cedric was inquisitive and kept giving me the eye... but in a good way. Here he is, all curious. He was a great sport and it was really fun photographing him. Iris, who has owned him for 10 years, says he speaks but I was not gifted with his words, just the occasional fire alarm imitation... I mean, screech.

It was fun, I enjoyed photographing a parrot! I hope there are more in my future.