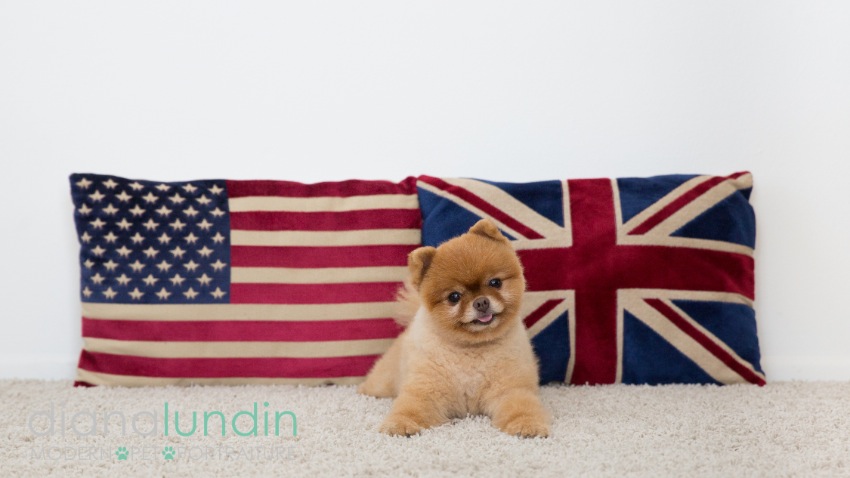 Oh, I've been wanting to share these images of Dr. Giggles ever since I photographed him last Saturday (less than a week ago!)! His proud papa, Morgan, wanted a photo shoot in honor of Dr. Giggles' third birthday. The Doctor is a gorgeous Pomeranian with a Boo cut and yes, he looks exactly like a little stuffed animal. Oh mercy, he is cute-cute-cute!

The photo shoot itself was a lot of fun. Morgan's apartment in Hollywood is filled with deliriously bright light making it so easy to take natural light pictures. Morgan has already taken a lot of beautiful images of Dr. Giggles but the one thing he can't do so easily is take photos with him and Dr. Giggles together and that's where I stepped in. I have so many favorites, it's really hard to be very selective. Of course, I always love the dog-and-feet shot and with Morgan's red Chuck Taylors, it was perfect. I put a slight vintage tone on it and it looks like a true piece of art. Morgan liked it, too, because that's the large metal print he wanted.

Morgan's roommate Radhika also had some photos taken and we used a blow dryer on her to get her hair flowing in that certain way but we think the dryer scared Dr. Giggles. But Radhika looks gorgeous. She's from Britain so they have two pillows, one with the American flag, one with the Union Jack. It was so funny because Dr. Giggles, who was named after the campy horror movie, was slightly more to the British flag than the American one and Radhika thought he favored England just a little more while Morgan said he was making the American flag more visible. You decide.

Today is Dr. Giggle birthday so happy birthday to you, sweet boy! Hope Daddy-O gives you a piece of cheese! 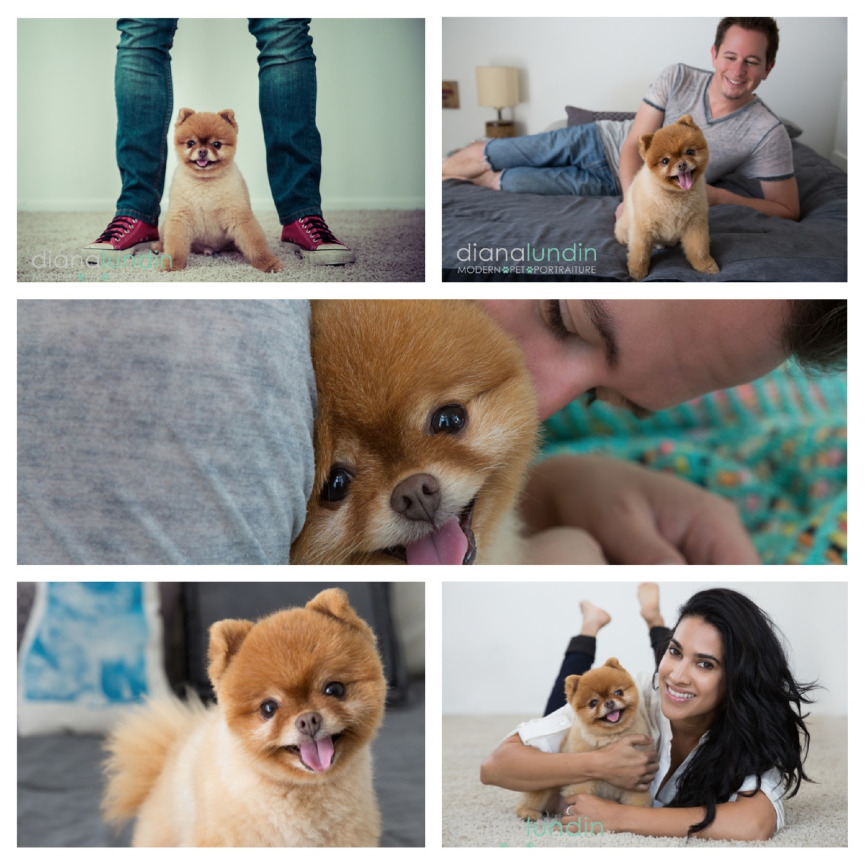