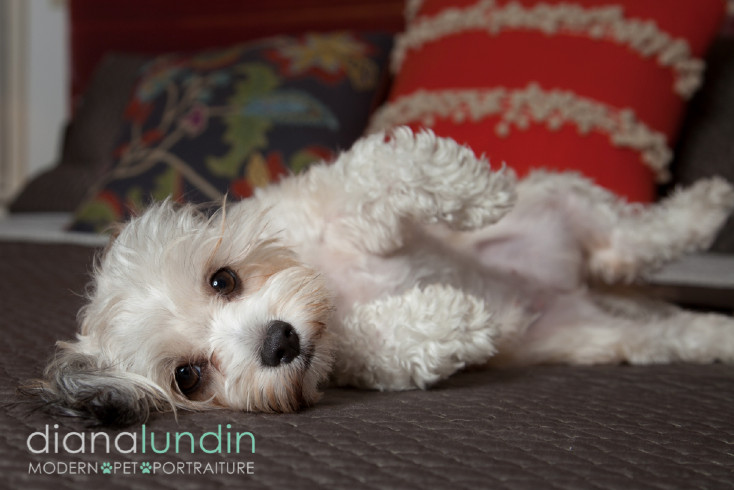 I want to let Hope for Paws tell you all about this... don't worry, I will tell you about it here, too... but Lisa Arturo and I did four shoots yesterday, starting out on a beautiful Sunday morning in Hollywood and ending in a downpour in Santa Monica. We had a magnificent, hard day but it was just great and when you hear about it, you'll love what you see. But in the meantime, I am going to show you this little sneak peek. This little girl is Maya.

Hope for Paws in Los Angeles does amazing rescue work, taking forgotten, unloved, discarded dogs off the streets and fields and deserts and cares for them before sending them off to be fostered, and then adopted into wonderful new homes. Eldad Hagar's heart-wrenching videos show just what kind of challenges he and his rescuers face. A soft, Lucky Leash, a gentle voice, and a bunch of cheeseburgers go a long way to start these babies off on their journey.

I've known about Hope for Paws for quite some time, long before I became a pet photographer, and began donating to the organization about five years ago because I so believe in what they do.

I did one shoot for them in November. You might recall the rescue of Lexi and her four pitty puppiesl They were featured in Fox's Cause for Paws special last Thanksgiving and I'm happy to report everyone, including mom Lexus, found their homes.

I also work with some of the organizations that take over the fostering from Hope for Paws, including The Little Red Dog and Shelter Hope in Thousand Oaks.

By the way, much respect to Lisa who put all these shoots together. We made it on time to each and every stop with plenty of time for shooting and that takes some doing!