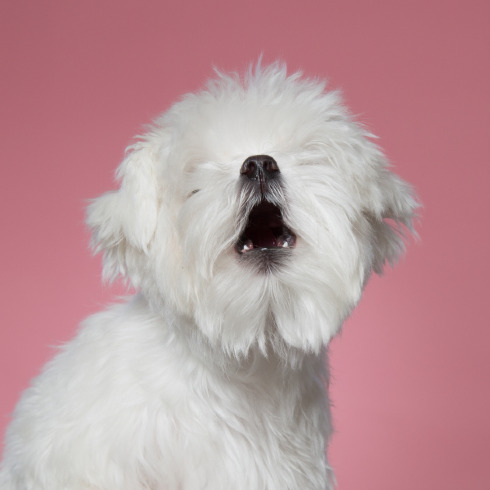 I know, I've used that in a headline who knows how many times. But our event at the most excellent Maxwell Dog in Studio City was an absolutely amazing photo shoot! I was blown away by all the cuteness that entered the boutique that day. Some dogs liked the frozen yogurt; some liked it if peanut butter was smeared on the top; some wouldn't touch the doggy yogurt with a 10-foot stick; and others parents wouldn't let them touch it because of allergies.

But we had a great time. We had 26 dogs! Can you believe it? Morgan of Maxwell Dog and my assistant Vicki made ice cream cones until their hands were ready to fall off and Morgan became a great coach in teaching people how to hold the cone for their pet.

But they were all sweet and very well behaved, though Pepe started it out with, a, well, um, a parcel from his rear end.

Some parents dressed up their fur babies. A Hawaiian shirt was represented as was a polo shirt. Lulu wore bows and Hartley's tiny feet were dipped in pink vegetable dye and her tail was all purple and pink. Some dogs looked way too immaculate in their grooming to have ice cream.

Some dogs weren't used to the cold sensation on their tongues. But Scobie and Barney took their cones down like lions preying on a gazelle in the veldt. Boom. Crunch and gone.

It was really a happy time. One woman brought her dog, Mr. Snuggles, and three of her friends and their dogs and let me tell you, they put the social in Ice Cream Social.

We had one escapee when someone inadvertently left the door open -- Sabrina, who was caught just moments after she fled the scene, and then came back to do her sitting. Do I need to tell you Sabrina is a beagle? The escape artists of the canine kingdom.

I had some of my favorite past clients swing by just to say hi and they brought their own Pepe and Riley. We snuck in a few photos. Riley doesn't love other dogs but he managed to get a few licks in while Pepe, the cutest puppy, thought he'd died and gone to heaven with the treat.

Look, all I can tell you -- and I think I speak for everyone -- we had a great time, got great photos, and we want to do it again!

Missed the ice cream social? Hey, I have other tricks up my sleeve. I'm Diana Lundin, I'm a Los Angeles pet photographer. Call me at 818.481.5214 and let's make something happen!

And keep scrolling down, there's a video of our Ice Cream Social for Dogs, an exclusive photography shoot for Southern California dogs! 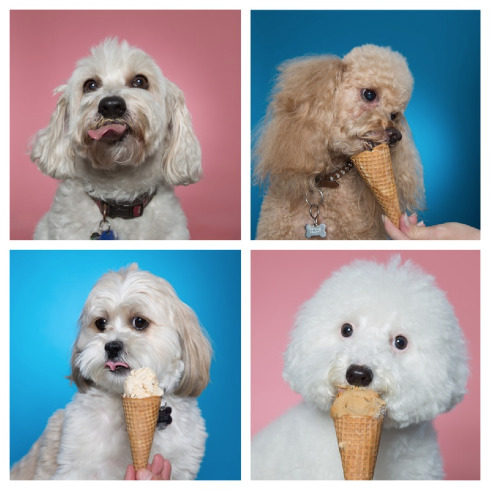 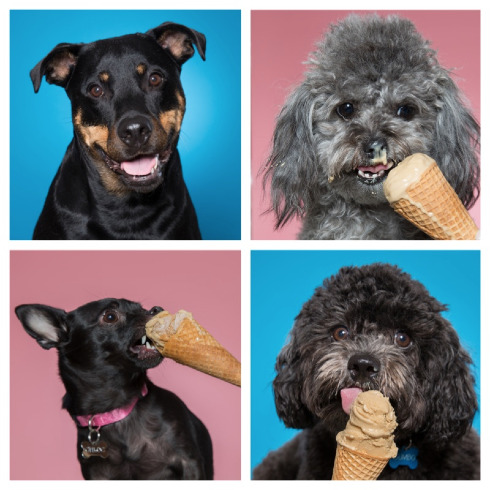