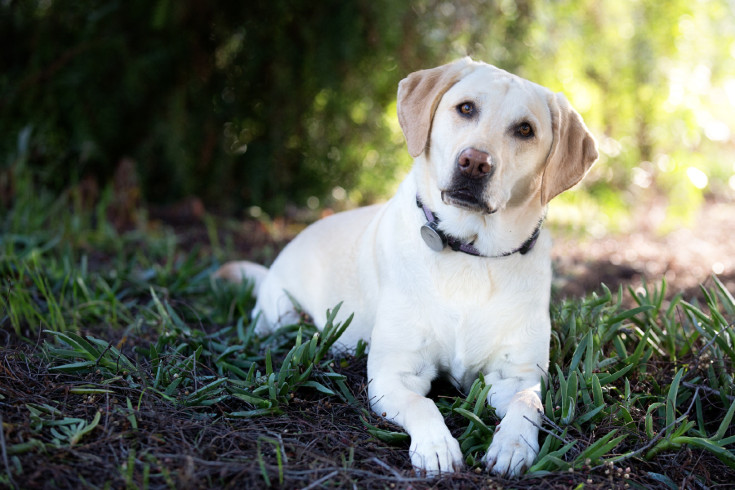 I had an enormously good time photographing Seamus, the mastiff, and Maddie, the yellow lab. Their owner, Tracy, wanted one of my studio shoots, which worked out great on the day we scheduled the session because my car was already going to be loaded with studio equipment from a headshot shoot I had earlier that morning.

On my drive over, I was actually thinking that, gosh, I'd really like to find a place that has willow trees because they are so majestic and flowing, they would look great as a backdrop to shooting dogs.

Well, when I pulled up to Tracy's house, she had a greenbelt right in front of it that had pink pepper trees, which are very much like willow trees in the flowy/showy department. That is exactly where I wanted to shoot! Tracy sided with me and we abandoned the studio shoot and instead concentrated on the greenbelt. The unfortunate part was there was some construction going on in the greenbelt, which was pretty loud. And you know we need to make some noises when we shoot dogs in order to get their attention.

The good thing is that Tracy has a background in dog training. Score! She could really get their attention. But actually she did it in a way that we all can... if we know our dogs. She said, "Who wants to go to grandma's?" and "Who wants a Frosty Paws?" And bam, instant attention. We got really dirty that day rolling around in the greenbelt. It was fun!

I loved the natural background we got. So beautiful, so California.

Maxwell Dog Ornaments Are In!