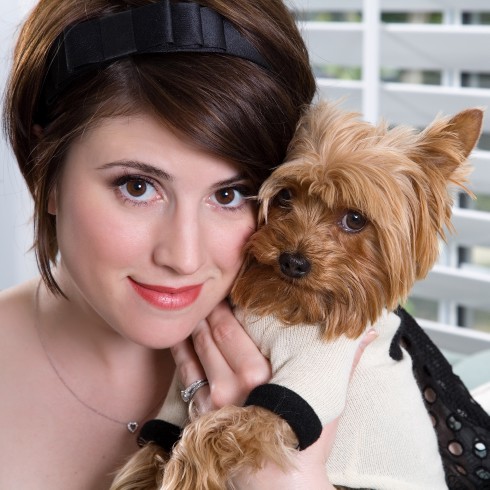 I took these photos some time ago but when I run across them, I still love them. This is actress Melanie Paxson with her dogs, Owen -- the adorable Yorkie who looks like the toddler, and Sophie, the Cavalier King Charles spaniel. We were actually doing a feature about her Los Angeles house -- check out that beautiful blue -- but her dogs settled in for the photo shoot. Who doesn't love a photo session? Well, I guess Jesse wasn't into pet photography as the cat was a no-show in the pictures. Melanie, you'll recall, has the quirky voice (and doesn't she look exactly like Snow White?) and was featured on those Gladware commercials some time ago but has since gone on to a series, "Notes from the Underbelly," a feature film, "Saving Mr. Banks," and more commercials. Red Robin, anyone? And to join Sophie and Owen, she had a human child. Miller is his name. Her husband, Andy, co-owns Simplethings Sandwich and Pie Shop, one in West Hollywood and one in Westwood Village. I've been to the one in West Hollywood. Did you hear me? They make pie!Her house was super cute and one of her favorite items is that blue Chester sofa by Mitchell Gold she's sitting on with Sophie and Owen. She had a great combo of that color in her dining room with red glassware and a red chandelier with curtains and the walls painted in a gorgeous grayer tone of that aqua. Hmmm, come to think of it, my den is in that color but with turquoise accents. I do recall Melanie being quite gracious and would love to be able to present these to her as pet photography -- now that I'm a pet photographer. But I guess that ship has sailed. Nonetheless, a lovely afternoon with a lovely woman and two lovely dogs.

And look at that face of Owen... could you just die? So expressive, that one. 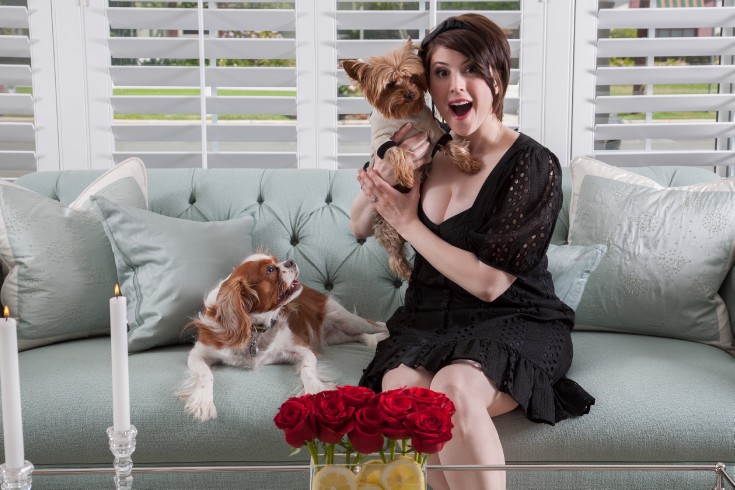 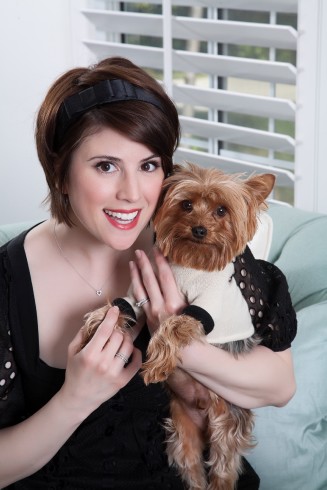 An Ice Cream Social -- and Photo Shoot -- for Dogs

A Day at the Beach with the Vizslas of Encino

My Niece Lola -- A Photo Shoot of the Beautiful, Ugly Dog

Oh Hey! I Have a New Pet Photography Newsletter!